Are Left-Handed People More Creative? Myths And Facts About Left-Handers

Tips For Delivering A Winning Speech 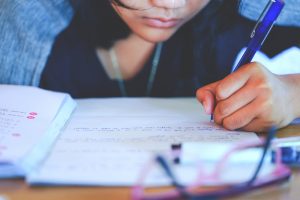 Are Left-Handed People More Creative? Myths And Facts About Left-Handers

During the Middle Ages, left-handed folk were thought to be possessed by the Devil – prompting the modern definition of the word sinister which comes from sinistra, the Latin word for left. In Victorian times and even more recently, school going left-handers were trained to use their right hands, with often disastrous effects for the child. In modern times this prejudice has largely faded, and aside from difficulties with scissors and tin openers, left-handed people are no longer significantly disadvantaged.So what is the difference with left-handed people? Science is not clear on the reasons behind left-handedness. There does appear to be a genetic link with left-handed parents tending to have more left-handed children than right-handed parents. Studies comparing identical twins to fraternal twins show that heritability is around 25%. So what about the other 75%? Well, science is not conclusive – a much-debated influence is the level of the hormone testosterone in the womb while an unborn child is developing. Another possibility is that handedness is influenced by random (“chance”) processes that occur during the early development of an unborn child, when it is still very small. 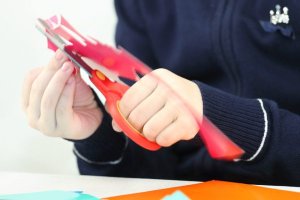 So are left-handed people more creative? Because our brains and bodies are cross-wired, with the right brain controlling the left side of the body, it is thought that left-handed people are more right-brain dominant and the right brain is the seat of creativity. But according to psychologist Chris McManus, this is overly simplistic and says: “although there are recurrent claims of increased creativity in left-handers, there is very little to support the idea in the scientific literature.” Increased musical abilities are another often-cited skill that left-handers might possess, but again, there is very little evidence to support this. Many claims about left-handers’ superior skills are based on lists of famous musicians that circulate on the internet. While amusing, these lists span several decades of pop music, and you will find (if you try) that for every left-handed guitarist in such lists, you could easily come up with enough right-handed guitarists to match the usual 9:1 ratio of right- and left-handers in the population. 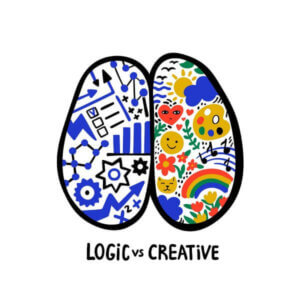 Scientists have indeed found an increased risk for dyslexia, ADHD, and certain mood disorders in left-handed people, according to a 2010 study published in Paediatrics. According to researchers, there is less differentiation between the left and right side of the brain for left-handed people and that having one hemisphere dominate is much more efficient, which is why some left-handers are at increased risk for learning impairments and brain disorders.

The notion that left-handed people die earlier is a complete myth that originated from a 1988 Nature paper by Diane Halpern and Stanley Coren: “Do right-handers live longer?” The paper which analysed death records for baseball players and found that those who were left-handed had died younger, was found to be statically flawed. A later 1994 study of cricketers concluded that “Left-handedness is not, in general, associated with an increase in mortality.” A related myth is that left-handers are more vulnerable to immune disorders. Chris McManus and Phil Bryden analysed data from 89 studies involving over 21,000 patients and concluded: “Left-handers showed no systematic tendency to suffer from disorders of the immune system,” McManus writes.

Where left-handers DO have an advantage is in sports. Although they are disadvantaged in some sports because of the safety rules – for example, in polo, the mallet must be held on the right-hand side of the horse – they have a distinct advantage in sports where opponents compete against each other directly like boxing, tennis or cricket. This advantage stems from the simple fact that left-handed sports people are more used to facing right-handed opponents than the right-handers are used to facing left-handers. So they simply have more practice at the style of play required for facing right-handers. In fact, one evolutionary account for why left-handedness has survived is that it confers a fighting advantage – the so-called “fighting hypothesis”. There are many studies that explore the left-hander’s advantage in sports like boxing and fencing.

So while the debate over left and right continues, with science still not entirely clear about the mechanics of left-handedness, it is clear there are many myths about left-handedness that have survived from an era where being left-handed was looked down upon. But if you’re a lefty on the sports field you at least have an advantage! 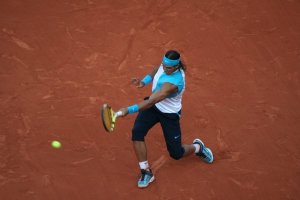